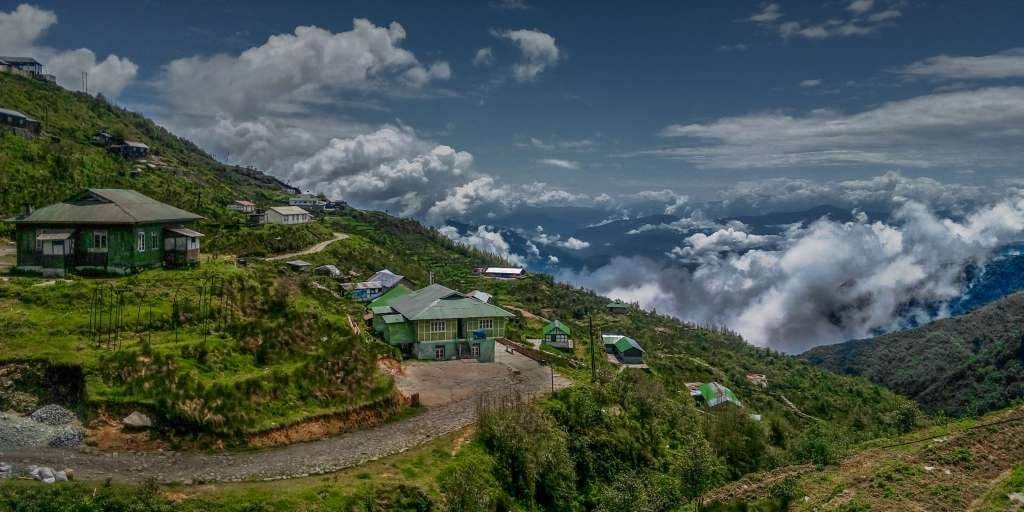 Sikkim Tourism Information : A state in the northeast of India is the second smallest and the least populated state of India. It formally became part of India in 1975, post a referendum. Sikkim is strategically located at the tri-junction of Nepal, Bhutan, and China. Most people follow Hinduism and Sikkim also has a thriving population of Buddhists. Sikkim is culturally diverse and its people speak a number of languages, the most common being Nepali.

Sikkim tourism is known for its beauty and adventure activities. Though state is small has being on eastern side is less developed.but, snow covered mountain peaks, lush green valley, treks and himalayas are things which have been eye catching for tourist around the globe.

Sikkim follows major 3 type of culture starting from Nepali, Bhutia, Lepcha. These communities has found there own way of culture and together make versatile culture of sikkim.

Due to different cultures and communities living in sikkim. Sikkim Tourism has alott to show in terms of Dance styles and cultural dances, music, and what not. Major communities have there own dance forms which are basedon agriculture, festivals, mythological rituals.

If you are food lover, then sikkim tourism has alott to offer you. Because of different communities, sikkim has many type of foods specially based on there culture and heritage. Famous food MOMO is also one of specialisation of Sikkim as it is cooked in these areas quite often.there is a myth that sikkim food is nothing more then chinese food, and momos and Thukpa. herbs and spicease used in sikkim gives its food a delight smell.

How to Reach Sikkim

Sikkim Tourism understands importance of transportation therefore is connected to all parts of Country by Flight, Rail, and Bus.
Airport : Nearest airport to Sikkim is bagdogra airport which is only 120 km from gangtok. Helicopter ride is also available which takes only 20 minutes to reach from sikkim to bagdogra.
Railway Station: there are 2 major railway station New Jalpaiguri and Siliguri. both are connected to Gangtok easily along with other major cities.
Roadways : Roadways is lifeline of sikkim. Major highway of Gangtok to siliguri is 31A. It is ride of almost 2 hours to either side. There are private buses, jeeps, taxies in both cities which operates at nominal rates.

Sikkim is a high environmental conscious state and has the unique distinction of being the only state in India to practice organic farming across its length and breadth. The state also has a picturesque landscape and its hilly terrain house a number of endangered and indigenous species of plants and animals.

The most prominent attraction of the state is its beautiful Buddhists temples and monasteries and a rich biodiverse forest area.

The Kanchenjunga biosphere reserve is a National park. It covers large swathes of land in the state and is a UNESCO World Heritage site for its distinct floral and faunal heritage. The snow leopard, Himalayan Tahr, and the Red panda are unique to the region, the state also has a rich and diverse species of flowering plants. Sikkim over the years has experienced a growth in the tourism sector with an influx of domestic and international tourists. For more travel package visit us.

The Buddhist monasteries and the natural heritage are two key attractions of the state. Gangtok is a thriving urban center. It is well connected to nearby cities and towns and is the gateway to other remote regions of the state.

Sikkim evokes an image of peace, tranquility, and harmony, which is realized as true only as one sets foot here. The state has set an example for others to follow in the field of organic farming, sustainable tourism, and preservation of its natural and cultural heritage.