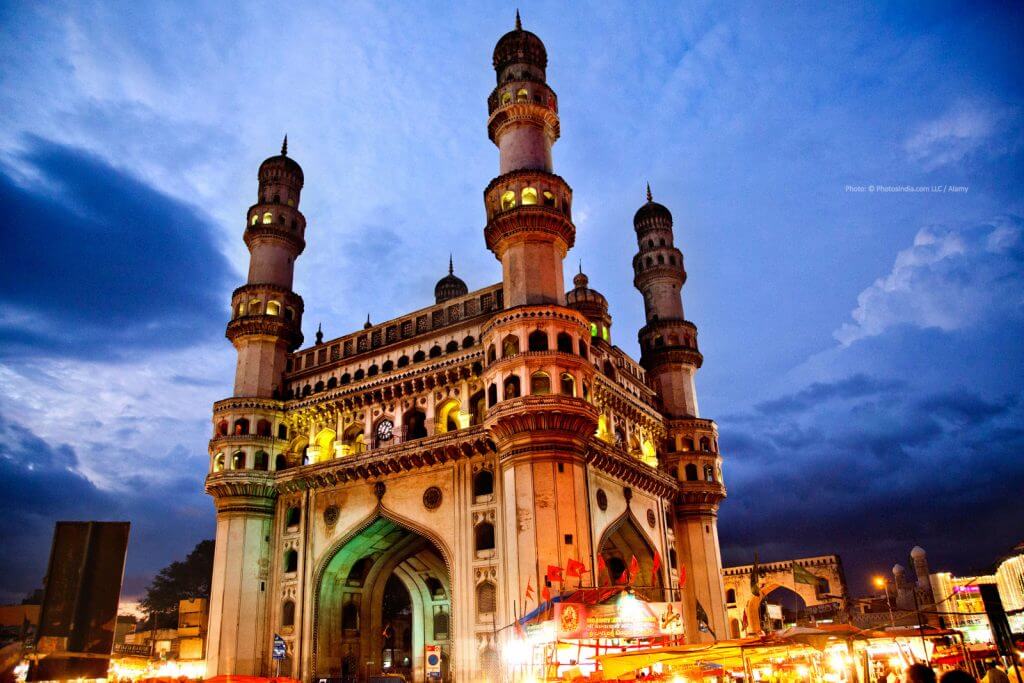 Andhra Pradesh is one of the 29 states of India, situated on the southeastern coast of the country. The state is the seventh-largest state in India. It is bordered by Telangana in the north-west, Odisha in the northeast, Karnataka in the west, Tamil Nadu in the south and the water body of Bay of Bengal in the east. Historically the earliest mention of the Andhra Pradesh appeared in the Aitareya Brahmana.

It was called Dakshina Padh during those days. Historians felt that Andhras, Pulindas, Sabaras, and many other sects lived in Dakshina Padh. But it is only in the Mauryan age that one gets historical evidence of the Andhra as a political power in the southeastern Deccan.

Meghasthenese, who visited the Court of Chandragupta Maurya, mentioned that Andhra country had 30 fortified towns and an army of 100000 infantry, 2000 cavalry, and 1000 elephants. Buddhist books reveal that Andhras established their kingdoms on the Godavari belt at that time. Ashoka referred in his 13th rock edict that Andhras were his subordinates. For more incredible service Visit Us.

From the view of the tourist, In Andhra Pradesh is known for Visakhapatnam, most attracted place. Visakhapatnam city has many tourist attractions such as Kailasagiri park near the sea, Visakha Museu, Indira Gandhi Zoological Park, the INS Kursura (S20) Submarine museum, City Central Park, VUDA Park, the Dolphin’s Nose, and the Lighthouse. Visakhapatnam has many beautiful beaches along the Bay of Bengal namely R.K. Beach, Yarada Beach, Rushikonda Beach, Lawsons Bay Beach, etc.

There are other beaches too along the long coastline of the state, such as Mypadu beach in Nellore, Suryalanka Beach. Araku Valley is a hill station in Visakhapatnam district. The Anantagiri and Sunkarimetta Reserved Forest, which are part of Araku Valley, are rich in biodiversity. It has thick forests, coffee plantations, waterfalls. This scenic beauty attracts a large number of tourists.

Mandasa is a village in Srikakulam district of Andhra Pradesh. The village is known for a revered Vasudeva temple. The history of this place dates back to 14th century. This temple dedicated to Lord Krishna is highly renowned. The place is of high religious and mythological importance. It is believed that the Pandavas, during their exile took shelter at the Mahendra Giri Hills.

Clock Tower and light House at Bheemunipatnam 28 km from Andhra Pradesh.The big clock tower and lighthouse in the town were built by British.

The Borra Caves in the Ananthagiri Hills of the Eastern Ghats. Visakhapatnam at an altitude of about 800 to 1300 meters are famous for million-year-old stalactite and stalagmite formations.