Uttarakhand Tour is one of the most beautiful northern states tour package in India located on the southern slope of the Himalayan range. Mighty Himalayan peaks and glaciers are on its north where it borders Tibet. The state is popularly known as Devbhumi (land of Gods) due to the presence of numerous Hindu pilgrimage sites. As a result, religious Uttarakhand tour forms a major portion of the tourism in the state.

There are some of India’s best trekking trails like Valley Of Flowers, Roopkund, and Chopta-Chandrashila. It also provides immense opportunities for adventure sports , such as skiing at Auli and white water rafting at Shivpuri. Popularly known as the ‘Land of Gods’, it is home to numerous holy places like Gangotri, Yamnotri, Kedarnath , Badrinath, Rishikesh, and Haridwar. 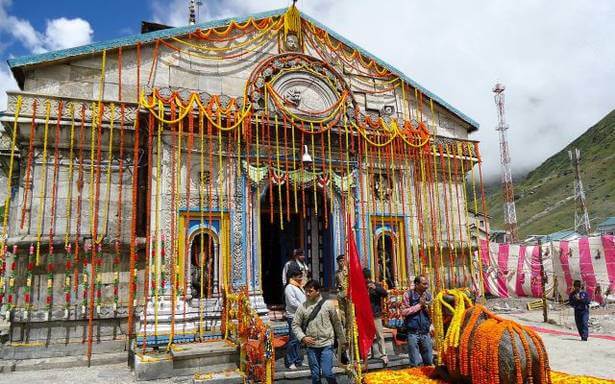 Uttarakhand Tour is famous for Char Dham Yatra, which literally means ‘journey to four centers’. There are four religious centers in Uttarakhand Tour are represented by Badrinath (dedicated to Lord Vishnu), Kedarnath (dedicated to Lord Shiva), Gangotri (the holy origin of river Ganga) and Yamunotri (the holy origin of river Yamuna).

The Char Dham Yatra begins around the first to second week of May every year. National media announces the date. The base for the yatra is generally the Rishikesh town which has all the amenities available for pilgrims and tourists alike. Pilgrims and tourists generally book their journey through the local travel agents to all the four location

Top five temples designated in the strict pecking order to be followed for pilgrimage for worship are the Kedarnath, the Tungnath, Madhyamaheshwar or Madmaheshwar, and Kalpeshwar. The Kedarnath is the main temple, which is part of the four famous Chota Char Dhams or pilgrimage centers of the Garhwal Himalayas; the other three dams are the Badrinath , Yamunotri , and Gangotri .

Kedarnath is also one of the twelve Jyotirlingas . Panch Prayag is an expression of Hindu religious ethos, specifically used to connote the five sacred river confluences in the Garhwal Himalayas in the state of Uttarakhand , India .

Haridwar Kumbh Mela (fair) is a major tourist attraction to the state. It is one of the four places in India where this takes place. Haridwar also has its big annual fair in the form of Magh Mela in January–February, which turns into a bigger event every 6 years in the form of Ardh Magh Mela.

Uttarakhand is home to the First national park in India . There are 12 National Parks and Wildlife Sanctuaries covering 13.8 percent of the total area of the state.